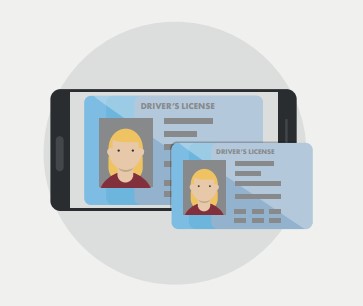 The Department of Transportation is revisiting the idea of introducing a digital driver's license to Islanders. Discussions with the third-party company contracted to supply driver’s licenses to the province have recently restarted after being halted due to the pandemic. The province says it’s too early to say exactly how PEI’s digital license could work, but did confirm the contract it has with the third-party company does include an option for digital licensing.

The Company: PEI signed a contract in 2017 with Gemalto Canada Inc. to supply driver’s licenses for the province. Gemalto was acquired by France-based Thales Group in 2019.

Digital Driver’s License: Thales Group says a digital driver’s license is a version of your physical driver's license that is stored on your smartphone. It is not a replacement for the actual card, rather a supplement to it.

My Speculation: Although the province could not confirm how PEI’s eventual digital driver’s license would work, Thales Group does provide quite a bit of information on its website showing off its digital license product. Because the province has a contract with this company, I feel it’s safe to assume that PEI's digital license will resemble what's outlined in this PDF. The company also has a video demonstration showing how its product works.

App for That: Islanders who were hoping that their driver’s license would one day live within their Apple or Google wallets shouldn’t hold their breath; Thales Group developed its own digital wallet app which needs to be installed on a user’s smartphone, rather than using the wallet ecosystem built into smartphone operating systems. 👎

For the nerds: If you want to do a deep dive on Thales Group’s digital license platform, this website has a lot of information and highlights different use case scenarios.