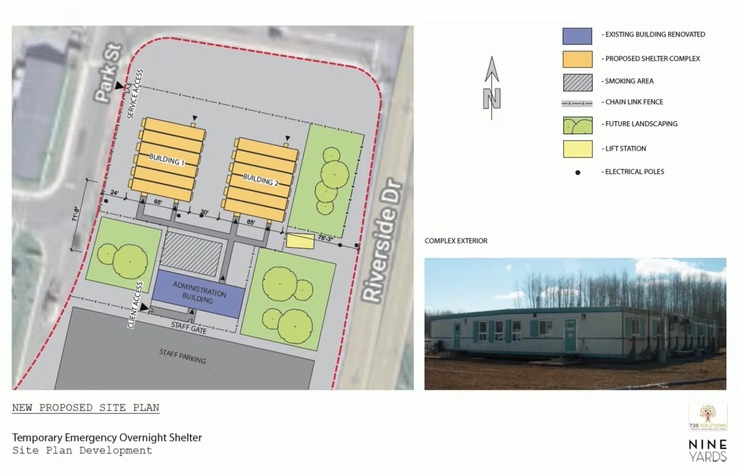 How unhoused people will get to and from a planned temporary shelter in Charlottetown could see a neighbourhood put behind a fence, a bus link established, or a combination of both.

The city is reviewing an application made by the province to allow for a temporary emergency shelter in the parking lot of the former government garage on Park Street. The application is necessary because the land is not zoned for residential use.

The site would see two modular facilities setup, each with space for 25 people. It would operate daily between 8PM to 8AM, meaning people staying there would need to pack up and leave each morning.

Provincial staff at the meeting said they are considering the idea of having a bus that will bring people to and from the shelter, and are also in talks with police on how to monitor what they call the “migration path” between the shelter and downtown.

One area resident at the meeting said the plan should go a step further – put up a fence to prevent people from using Beach and Park streets to access the site. The idea resonated with members of the planning board as being a possibility, but it would be up to council to make the fence a condition of approval. Council will make a decision on the application next week.

The province announced this plan last month, but contained in the application to the city are details that were previously unannounced.