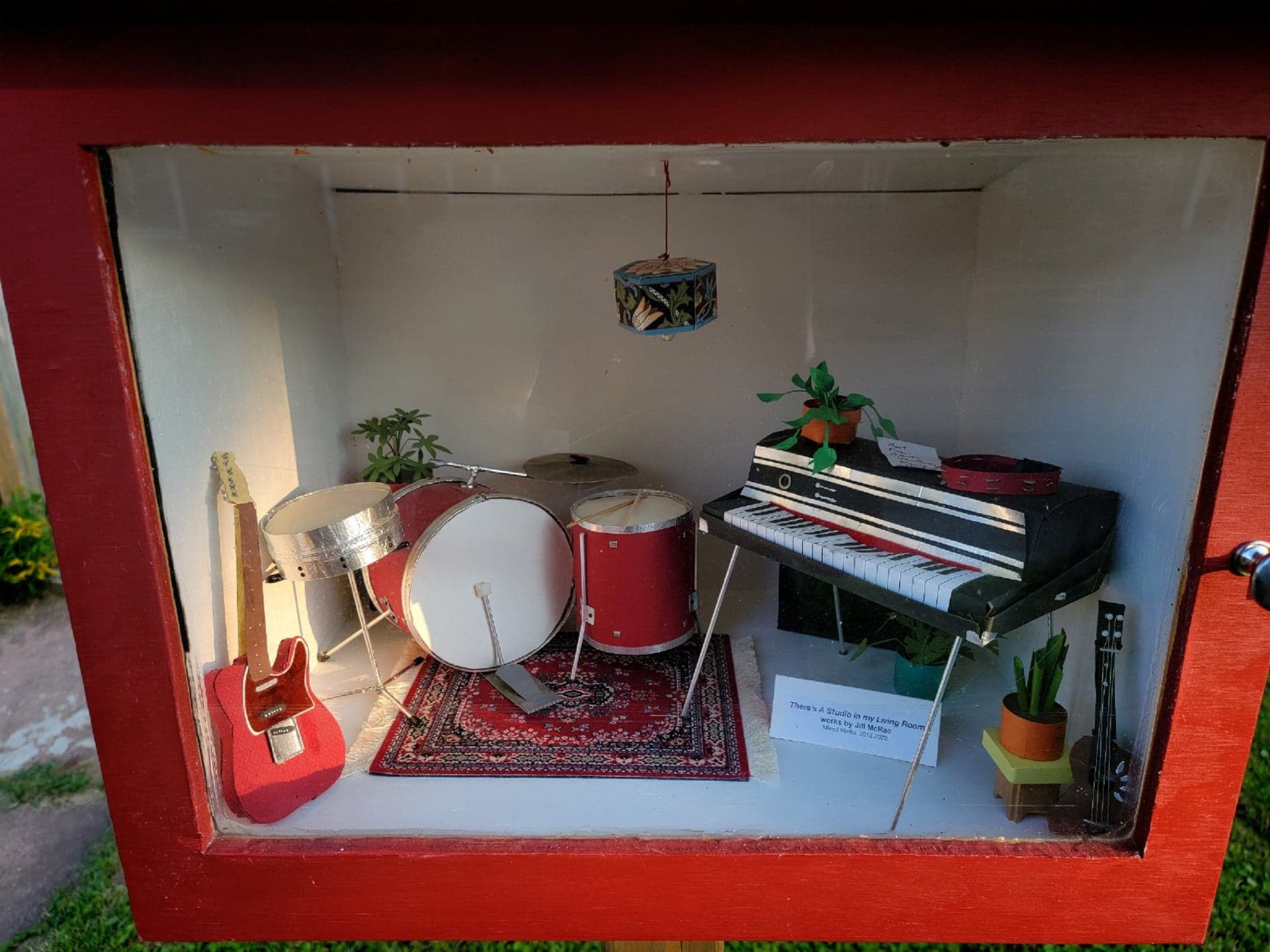 Island artists with big imaginations now have a tiny gallery to display their artwork on Fitzroy Street in Charlottetown.

Modelled after the success of tiny libraries, art galleries of tiny proportions have been popping up across North America.

Monica Lacey launched the project, which received $2,500 in support from the city’s micro grant program. Monica, who has worked professionally as a visual artist for the last decade, had to scale down her past experience in producing and curating art exhibits.

“The first two artists I featured, I knew they were working with smaller versions of large pieces, or working with prints of their work,” she said. “I knew they could scale down.

“It was basically a Racoon Bandit rehearsal space,” Monica said.

The art gallery remains locked while a curated exhibit is on display, but right before exhibits are changed, the lock is removed and Monica announces on the gallery’s Instagram profile that the art is available to take.

One more curated exhibit, by artist Betty-Jo McCarville, will go on display today and will run until early September. After that, the art gallery will be unlocked and the public will be invited to put their own works of art on display.

“Take some art, leave some art," she said. "Hopefully it will evolve organically.”

The gallery will remain in place until the worst part of winter hits, at which time it’ll be put into storage until the spring.