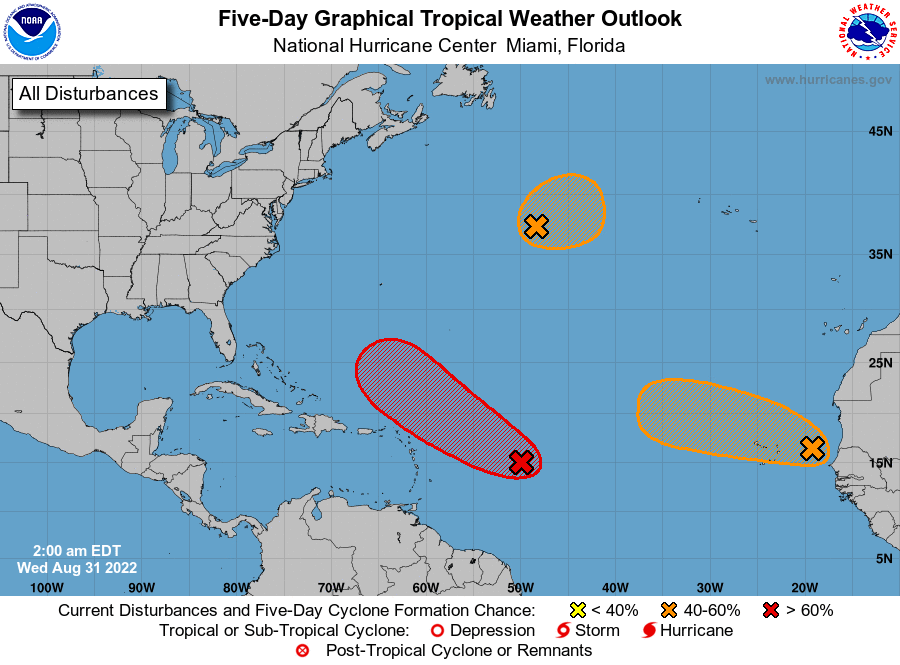 The 2022 hurricane season is well underway, but you wouldn’t be alone if it hasn’t been on your radar. There have only been three named storms so far this season. Not one has reached hurricane status. But all of that could change over the next day or two.

Meteorologists are monitoring several systems in the Atlantic, one of which is likely to become the forth named storm of the season, Danielle. If the system is not named before Sept 1, this year will be the third season on record without a named storm in August since 1960. The other two years were 1997 and 1961.

For comparison, by this time last year, the Atlantic had spawned 11 named storms, of which seven reached tropical storm status (62-117 km/h), and four became hurricanes (greater than 117 km/h). Hurricane Larry received its name on Sept 1, becoming the 12th named storm of the 2021 season. Larry went on to hit Newfoundland and Labrador, causing damage to buildings and leaving 60,000 without power.